Almost everyone has had this experience of being left out of group conversations at least once in their lifetimes. Sometimes it can get to a point where you feel down about it because you cannot establish a connection with the other people who are in the group. It seems like all their minds are in sync, while yours is not. This is something that is definitely alarming, especially if you’re talking about group conversations with long time friends as it will look like they’ve established a connection on which you’re not on the same phase.

On a sad situation like this, you can keep yourself busy to avoid feeling left out. You can ignore the feeling altogether, or ignore the fact that there’s a moment of silence when you say something or when you throw a funny joke. You have to be thankful about your mobile phone. You can just browse your phone and just pretend that you’re not interested in what they’re talking about! That is the most common thing that people do when they can’t seem to connect with others in the group conversation.

There’s actually a psychology to the whole group conversation connections. Usually, the group connections are dominated by the alphas of the group and the other members just add on and ask questions or tell stories to make the conversation going. You will notice that group conversations are lighter and easier going for those who have been seeing each other more often. For example, if you are in a group of friends, and you meet them after a long time of being busy, you will find that you cannot just jump in to their conversations because more or less, they have their own stuff going on while you were gone and that you have to catch up. For these scenarios, it is important to analyze the situation first. If you are left out because you have been missing for a long time, ask questions!  Make them tell more about the stuff that happened while you were gone! Once they get the mood of telling stories of the things that you missed out, then you can ease up by laughing with them little by little until you are already in the same laughing mood as they are!

It’s easy to have problems coping with group conversations if you’ve had recent problems with the people that you’re in a group conversation with. This is normal. Sometimes friends just try to ignore recent arguments and try to hang out with each other, and yet, they still don’t act right. For this situation, it’s only right for you to face the situation and patch things up with your friend. Tell him that you want to fix things and you want to talk about what happened. Once you’ve settled the problem, the awkward feeling should go away, and you will be able to join in the conversation soon enough.

You may also try talking to your friends about how you feel left out during the conversation. Sometimes people unknowingly do that, but personally, I would not be so comfortable in saying that I was left out because it will make things all too real by then. Just keep it real and be honest about how you felt with your friends and that should improve how they include you in group conversations.

Lastly, don’t dwell too much on being left out. As mentioned earlier, it happens to everyone. Just try to join in the conversation next time if you’re feeling out of sync with the group! There’s always a chance to join the group conversation anyway. 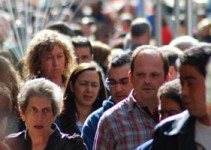 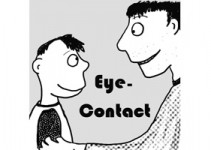