Home > Communication Skills > How To Join A Conversation

There is really no secret formula on how to join a conversation with having a lot of problems. But the biggest key of all is to listen very well to how the conversation is going! You will have a bigger success if you are trying to join funny conversations. In fact, this is the easiest conversation to join in as it is easy to think of something funny, and the people you are trying to talk has a light mood and most likely, they will definitely be more receptive to people who are trying to join the conversation! Also, it is important to smile and have an approachable aura when joining a conversation to increase your chances of being rejected for trying. There are certain topics that you may want to be careful about, like topics about personal problems, government or religion, as these kinds of topics can definitely raise a lot of issues and you certainly do not want to give the wrong statement which can spark up a debate.

Once you already have said your opinion, wait for them to respond and to acknowledge your opinion. This is a crucial part, as they can easily ignore you. Once someone responds to your opinion, then you can casually stay in the conversation, and hope that no one will have problems with you joining in it.

Joining conversation can be difficult, but it can be fun if you become successful in doing so! Just remember, be cool, listen well and be careful! 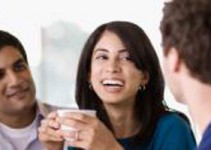 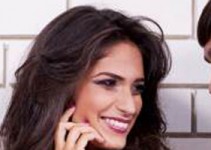 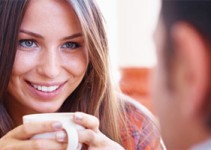