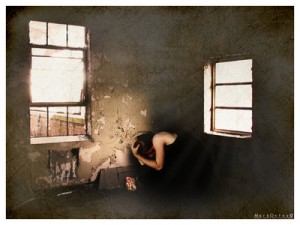 You may have encountered a few people in your life who are anxious when they are in social gatherings, but are fine when they are alone. These people are the ones with Anthropophobia, of Interpersonal relation phobia. Anthropophobia literally means, “fear of people”. People with anthropophibia are usually the ones who start to get feelings of self consciousness, judgement, evaluation and scrutiny when they are in social gatherings, or when they go to places where there are a lot of people. These people feel inadequacy, embarrassment, humiliation and depression because they feel that they are being negatively assessed by the people around them.

Usually, individuals develop a fear of people because of an intense negative experience with people in the past, or their developmental years have given them experiences that made their mentalities develop a fear of people, like lack of encouragement from family, or bullying episodes when the child is growing up. Hormonal problems and adrenal insufficiency can also cause anthropophobia in an individual. The ones who have social anxieties are usually the ones who have a very low self esteem. In some individuals, the low self esteem is reinforced by negative criticism, which therefore leads to fear of not getting the approval of other people.

People with anthropophobia experience extreme emotional distress when being introduced to others, when they are being lightly teased of criticized, when they become the centre of attention, when someone is watching them while they are doing something, when meeting important people, when attending parties with a lot of people they don’t know and many others but mostly, they get extreme emotional distress when meeting someone for the first time. The emotional distress becomes obvious when one starts to blush or turns red, when one sweats excessively, when one has a dry throat or mouth, when there is trembling of the body parts and muscle twitches.

It may seem irrational for people to have a fear with social circles or individuals that they don’t know; however, no one will ever know the exact reason why a person has developed a fear of people.  It’s easy to tell someone to just try to be confident, but being confident is something that is very difficult for the people who have social anxieties. Unfortunately, people who have social anxieties still have the same intense anxiety though they go and face their fears on a daily basis.

It would be rather unfair to the individual to just avoid all forms of social contact just to get by fine. That is why people with anthropophobia seriously need help. It is good to know that anthropophobia can still be resolved by getting a cognitive-behavioral therapy. While it is a good idea to face your fears every day, there is still a need to go on a therapy with a professional. Also, in order to fully overcome one’s fear of people, it is important to understand and be aware of the problem at hand, which is the fear of people. It is also important to commit to attending to the psychological therapy. It is also important to keep rehearsing and reviewing activities from the psychological therapy so a person with social anxiety can face the problem of fear of people in a better perspective. Lastly, it is extremely helpful to find people who have encountered the same fear of people and succeeded in getting past the fear. This is to encourage an individual that there is more to life than fearing what others may think of the individual.

The fear of people is something that one has to get over from, because it will definitely limit the capabilities of an individual by simply injecting their minds of low self esteem thoughts every day. But once an individual gets through with the fear of what others think of him or her, then surely, that individuals potentials will be exponentially unleashed. 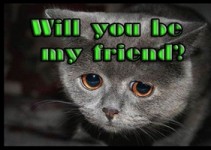 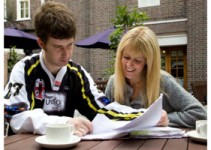 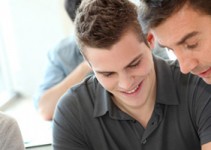